Volunteers and the Quest for Innovation

After viewing endless television commercials, a European friend of my family once remarked, “You Americans want everything to be new and improved…or high and moist.” His reflection echoes in my ear every time I see the emphasis of funders on innovation, as in the United States government and its Social Innovation Fund, described as “a key White House initiative and program of the Corporation for National and Community Service [with] the simple, but vital goal of finding solutions that work, and making them work for more people.” Numerous private funders also emphasize new initiatives and are reluctant to support the continuation of ongoing services or basic overhead expenses to keep organizations running.

Of course I understand the desire to support creativity, out-of-the-box thinking, even experimentation. But the stress on “innovating” or “reimagining” programs implies some assumptions that deserve to be questioned, notably that we must wipe away all those “old-fashioned” programs that must be failing. Is it right to assume a program is ineffective based on when it was first implemented?  Just because an idea is new does not necessarily mean it is better. What is perceived as traditional today was new at some point in time. Maybe we simply have not given earlier good ideas the resources or time to prove their success. 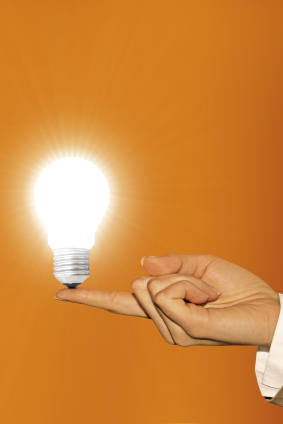 The trouble is that our culture seems to lack the staying power to take a new idea through the long-term effort needed to gain results. Many of the problems we face today are themselves not new. Are we inventing bigger and better Band-Aids for the symptoms rather than eliminating the root causes of seemingly intractable problems?

Where do volunteers fit into the quest for innovation and what does any of this mean to volunteer resources managers (VRMs)? I propose that volunteers are already vital in a number of ways, with great potential for even more impact.

Volunteers as Contributors to Change

First, as I’ve often said, volunteers have a venerable tradition of pioneering. Many are the activists, mavericks, and visionaries who see what needs to be done before established institutions (public or private) recognize that need. My question, therefore, is how many organizations who apply for innovation funds have ever involved frontline volunteers when creating their proposals? For example:

Most of the time funding is sought by organizations for program ideas generated by paid staff, often to hire more paid staff. Only after money has been obtained does someone say, “let’s get volunteers to help.” Waiting until the end of the process to “add in” volunteers is a huge missed opportunity because it does not maximize the contribution of volunteers to the brains of an organization!  Instead, involve volunteers from the beginning of planning a new initiative, to generate more ideas and add their perspectives and knowledge.  Next, strategize what volunteers will be asked to do in implementing the initiative if funded, and explain that in the actual proposal – including budgeting funds to support their efforts.  This sequence of events considers volunteers as essential team members, not as an afterthought.

Volunteers as Maintainers of What Should Continue

In the environment of new-and-improved, organizations that want to stay the course, honing and improving methods that incrementally work to alleviate a need, find it very hard to get financial support. “Mission creep,” the result of bending and tweaking an organization’s activities to match funding requests for proposals (RFPs) even if the new work seems a bit off-mission, is inevitable if there is no money to maintain even successful services. In some cases, adaptation works well; Big Brothers Big Sisters of America successfully adapted to the cause-du-jour of mentoring and continued its one-to-one matching of adult volunteers to kids in need. But often organizations simply drop what seems not fundable and grab on to something else to keep jobs going and the lights on.

Changing course or eliminating projects to follow new money directly affects those volunteers who are passionate about a cause or an organization’s mission. These are the dogged supporters ready to do what needs to be done. They understand that both time and money are needed for success, but their main concern as volunteers is to provide the services they feel matter to clients. If they see results from their time and effort, they will stay at it. Paid staff may have to redirect their work to a new project because funding demands new activities, but devoted volunteers may not want to be diverted from something they believe continues to have value.

Money is just not the issue when it comes to volunteers. It is not what motivates them or keeps them committed. Making a difference is what matters most.

Hanging on to the Old or Grabbing the New?

The real questions for leaders of volunteer involvement are:

Perhaps volunteers are canaries in the coal mine.  If we truly cannot recruit volunteers for an activity (assuming competent recruitment outreach), maybe we should consider changing course. But if volunteers are still committed to what they are doing, doesn’t that indicate something worthwhile is going on and deserves to continue?

What do you think?