See Superheroes for What They Really Are!

This month’s Hot Topic was contributed by Energize staff member, Lori Renner Larsson. I invited her to co-write it because she made an observation that I loved – and one that I haven’t seen written anywhere before. So we close out 2015 with a yet another example of unacknowledged volunteering, and a smile!
- Susan 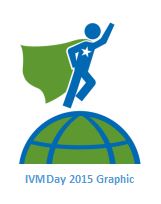 Does Superman1 get paid to fly around Metropolis at all hours, tirelessly rescuing folks from the evil plans of Lex Luther? No. In fact, as Clark Kent, his paid job is as a journalist. Being a reporter is much more than a 40-hour-a-week affair. He’s got bylines to write and deadlines to meet. Superman is his persona—his VOLUNTEER persona.

Same thing for Supergirl. In her secret identity in the comic books as Linda Lee Danvers, she holds a variety of jobs including television reporter, student counselor, and actress. In the new television series, Kara Danvers is a lackey assistant to a nasty media mogul. Her volunteer role, of course, is always to save people in danger.

Does Batman get paid to patrol dark Gotham City all night? No. As Bruce Wayne, he’s never had to worry about money. He could easily hole up in his mansion all day and go to parties at night, while his trusty butler, Alfred, brings him cocktails and presses his tuxedo at regular intervals. His heroic alter ego, Batman, is a volunteer.

No matter which comic book or movie hero you prefer, the model they all follow is work at an ordinary profession to pay the bills, go out and save the world philanthropically in their free time. (And could anyone really pay them to wear those spandex costumes?)

Note, too, that they can be considered episodic or short-term volunteers, as they turn up when needed and then disappear until another incident attracts them.

Just like the volunteers you work with, superheroes have various motivations behind their efforts. Bruce Wayne wants to rid Gotham City of evil like the men who killed his parents when he was a child. Wonder Woman’s quest for justice is fueled by desire to protect her Amazon homeland, which has often been linked to feminist ideologies. Iron Man is out to rectify the wrongs that he and his father committed in the name of doing business.

Some of the best action stories result not when these characters work on their own, but when they join forces to achieve success and use their super powers in combination. The popular Justice League and the Avengers prove the power of collaboration. While the Hulk might be very good at holding up that toppling skyscraper, he may lack the stealthy skills the Black Widow can use to get all the citizens out of the building under the nose of the evil Ultron. Yet combined, their teamwork is perfect to save that little corner of the world.

Finding Your Own Superheroes

You are probably thinking, “Ok, that’s cool. But what can I do with this observation?”

Well, maybe have some fun with it.

How about using the analogy for targeted recruitment? Recruit business people with the imagery of “leave the daily grind behind, grab your cape, and change the world…or at least fly over to help our kids!” Entice scientists with “you don’t need to be bitten by a super spider to transform into a hero….” Reach children with “you don’t have to wait to grow up to be a superhero to our residents.” And so on. 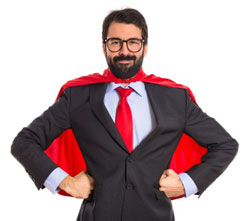 Add your favorite superhero to the visuals you use in volunteer training and recognition. Better yet, photograph some of your volunteers in a cape, striking a “super” pose. Use those shots in slide show presentations and on social media. This imagery highlights the impact volunteer service makes as well as giving volunteers a memento they will likely keep and post. You might even include a label so that the photo can be displayed in a work space, such as “Here’s what I do when I leave this job. I’m a superhero volunteer!”

Learn more about the lore of superheroes on Wikipedia – which traces the genre back to Robin Hood. Or see “My 100 Favourite Superheroes” to find other role models beyond Superman or Iron Man.

1 We acknowledge that the Superhero characters mentioned in this essay are copyrighted to DC and Marvel Comics.

Thought you might appreciate the images below, one used by Crimestoppers here in the UK and the other was something we used at Volunteering England to promote an old training programme we had. 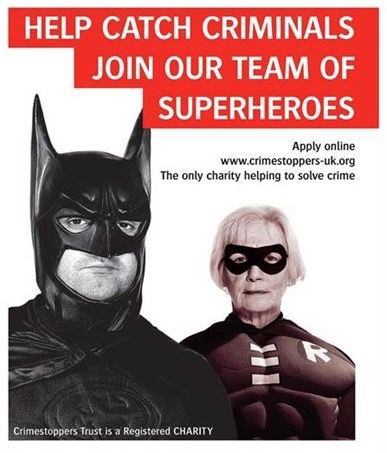 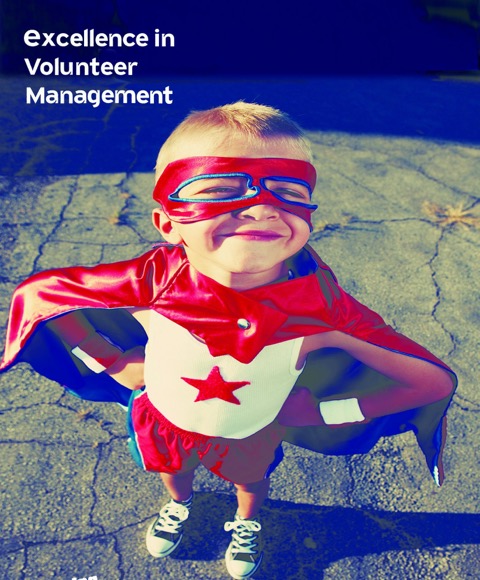 Organized around 8 best practices, our self-paced training guides learners through every step of partnering with volunteers—from designing volunteer roles and recruiting volunteers to training and celebrating volunteers and evaluating impact. Learn more
Get free tips and updates directly to your inbox!
Sign up for your choice of monthly e-newsletters.
Follow us: