A Guide to Retention

By Steve McCurley and Rick Lynch 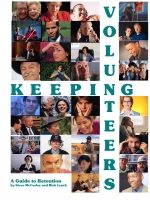 Electronic books will be made available for download immediately after purchase.
US$10.00
Get free tips and updates directly to your inbox!
Sign up for your choice of monthly e-newsletters.
Follow us: