We constantly fight the attitude that “volunteers are free,” but money is connected to volunteering in complex ways. We in volunteer leadership need to understand this complexity and be prepared to explain it to others.

Competent organizations recognize that volunteers are cost-effective, but not cost-free. Yes, the services of dedicated and skilled volunteers allow organizations to do more than what they could otherwise afford to do with only paid employees. But it takes money to support volunteers, too, from the salary of a coordinator to supplies to insurance, and more. The arguments for an appropriate volunteer resources budget are easy to make, if not always successful.

But there is another perspective to consider: What does it cost the volunteer to give time? Volunteering can be win, lose or draw financially, depending on the situation, and different types of volunteers lose or win in different ways.

“Traditional” Volunteers
Let’s start with volunteers who might be called “traditional,” in that they participate completely on their own time for their own personal reasons (not because a third party such as a school, court, or employer arranged it). They do not receive a wage or stipend for their services. 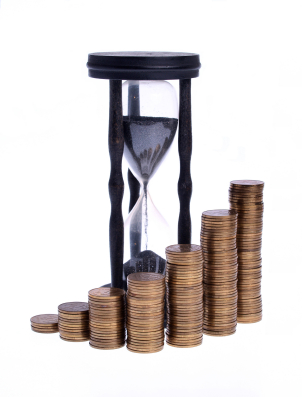 Many volunteers spend money as well as give time. They may have out-of-pocket expenses such as transportation, parking, or the cost of uniforms or other special items of clothing or tools. Further, countless volunteers purchase items on their own to support their service, ranging from group activity supplies to refreshments to learning materials. In some cases, the sponsoring organization may reimburse such costs, but not all volunteers report all the ways they spend their money. The problem is that it is not common for organizations to ask about these financial contributions, which means they are not recorded as the donations they are nor are the volunteers thanked for their beyond-time gifts.

Remember, too, that only a small percentage of American volunteers itemize their charitable expenses on their tax returns. Even if they do, many of their expenditures are not deductible and the amount they can claim for driving a car as a volunteer remains only 14 cents a mile. (Other countries have different laws, but few are generous to volunteers.)

Volunteer resources managers need to collect information about the financial costs and donations made annually by volunteers and fight to have these properly acknowledged.

Pro Bono Service
With the recent emphasis on pro bono services, an increasing number of volunteers are donating the professional skills for which they are or would otherwise be paid. In practice, what this means depends on where and how the volunteers are employed.

If a business allows its employees to do service in the community on company time, these volunteers are still getting paid. Yet we have no hesitancy referring to workplace volunteers as “volunteers” because, from the perspective of the recipient agency, their services are obtained without expending cash. But shouldn’t we be acknowledging the business as a financial contributor? In fact, here we do not need fancy calculations to determine the amount of this donation; the time spent volunteering is equivalent to a percentage of each employee’s salary.

Of course, if the employee is permitted to volunteer during a normal work day but then is expected to make up the time later (often referred to as flex time), the volunteering is a financial wash to the employer.

There’s one more angle here. If the pro bono service is contributed by a sole practitioner or independent contractor, that person is not only giving time but is also paying for it by foregoing billable hours. In other words, such volunteering could be considered a financial donation by the volunteer, even if done willingly and for other, non-monetary benefits.

Here’s a personal example of this issue from Kristin Floyd, who runs her own Web development company and has been responsible for all of Energize’s sites since the beginning:

I volunteered to take care of a theater school's Web site. I put many hours into the development of the site that would have been billed to other clients at over $3,000. As a further part of my contribution, I paid to register the school’s domain names and also the server hosting fee. I gave the organization a written accounting for the $260 I paid in cash. But when they published a list of annual giving donors in the program at the next performance, they did not include me at all – even though people who had given as little as $10 by direct check were listed. It appeared as if I had given nothing, which was especially disappointing because my son was in the cast!

Student Volunteers
In recent Hot Topics and Points of View essays in e-Volunteerism, notably “The Sparking Controversy about Volunteer Internships,” we have reported on the growing protest against unpaid internships as potentially or actually exploitative of young adults if they feel coerced into such service as their only pathway into a paying job after graduating from university. The controversy deserves our attention, but the vast majority of students whom we see as volunteers are still in school. Whether as part of a service-learning placement or independent career exploration, students understand that giving their time to the right organization results in invaluable training and experience. Here we can consider the finances something of a draw: the student gives time freely and, in exchange, derives benefits that s/he might not otherwise obtain or which would cost money to obtain.

Let’s also acknowledge that when students volunteer or do service-learning under the auspices of a university or private secondary school, it’s their parents who are footing the bill! The tuition for that semester remains the same, even if the teaching is not done by faculty in a classroom. The school is “using” the community organization to educate its students without sharing any of that tuition money. Of course, the hope is that the community is genuinely helped by the work the students accomplish, but it is interesting to consider the implications.

Yet another way to look at this situation is that the staff of the community organization is volunteering their time to train the student volunteer. Many school teachers, social workers, and physical therapists think of it as their duty to train new students as giving back in appreciation for those who trained them years before. So the student “volunteers” (and their tuition paying parents) are the real recipients of service!

All-Volunteer Membership Associations
Millions of people around the world volunteer through service clubs, civic organizations, auxiliaries or friends groups, faith communities, and other associations with which they affiliate as members. They join these groups to derive a variety of recreational and social benefits and participate in community service projects sponsored by the group. Such volunteers pay dues to maintain membership and may be assessed fees to support specific projects. Even more common is the expectation that members will raise money to pay for whatever is needed to do the service! In the universe of clubs, money and time are closely interwoven.

Stipended Service
We’ve already noted the issue of how employers, both for-profit and not-for-profit, remunerate young people they call “interns.” Depending on the organization, intern pay scales range from none to amounts some would consider a great salary. But interns are not the only workers caught in the middle of the volunteer-or-employee question.

When national service programs first started, at least in the United States, they were designed as full-time volunteer opportunities, supported by a cash living allowance. The money was in no way meant as remuneration for time, but enabled people to serve without going into debt to do so. In the last 15 years, the finances of national service have changed dramatically. There are many political and economic reasons for the changes, but today’s AmeriCorps participant receives a living allowance, full medical insurance, and an after-service educational award – monetary benefits that total to equal the minimum wage on which millions of adults are expected to live. This is an ethical consideration that has taken on greater meaning as the job market for recent grads tightens and many turn to national service as alternative, if low-paying, employment. If such service is now approached as a job, does it change the results? Where is the boundary between genuine volunteering and crummy pay?

Ironically, the opposite has happened to Foster Grandparents and Senior Companions, also funded federally since 1965 and 1974 respectively. These two programs are income supplement projects for which “volunteers” – the word that is formally used to describe the participants – receive a tax-free stipend if they qualify and fulfill a minimum commitment of 15 hours per week. The amount they receive? $2.65 an hour – a figure unchanged since 1974! Why is this injustice not being protested? Where does volunteering end and exploitation begin?

It’s clear that an employee is someone paid money to do a job. There is not corresponding clarity to the label “volunteer.” Even though there is a stereotype that volunteers receive no pay, a spectrum of possibilities exist ranging from receiving no money to receiving some money to giving money as well as time. What do these possibilities mean in daily practice? There are a lot of questions which we rarely ask. Maybe it’s time to discuss them. For example: