Pulling the Rug Out from Under Volunteer Involvement: Sudden Staff Changes

What are the consequences on volunteers and everyone else when the job of volunteer resources manager is eliminated or drastically changed?

It’s never easy for any of the parties involved when an individual is fired or someone’s job is eliminated. And there are quite a few “parties involved.” Apart from the turmoil felt by the person who must leave, the remaining staff must fill in while decisions are made about how to handle the work in the long term. And everyone who had built a team relationship with the now-missing person is left stranded with half-started projects and the rug pulled out from activities comfortably underway.

The situation is not helped by current human resources practices that limit the amount of contact the terminated employee has with anyone else, ushering the person off the premises as quickly as possible, out of fear of retaliatory sabotage. In supposedly mission-driven nonprofits, adopting such personnel policies from the corporate world shows a troubling lack of feeling. But it’s made worse if the organization has not developed a clear plan for handling the abandoned work and who will tell which people affected and how.

When the job involved is that of volunteer resources manager (VRM) – or a front-line staffer supervising many volunteers in a particular activity – things get even more difficult. Suddenly, volunteers are cut off from the organization without explanation and don’t know who will be their point of contact moving forward. Because executives are ill informed about which volunteers are doing what, no consistent, clarifying message goes out promptly to minimize confusion. Even if a useful message is broadcast widely, the staff member delegated to “hold down the fort” in the interim is not truly prepared to provide volunteers the support they need, at least not for the long term. 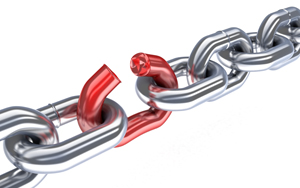 In 2011, I wrote a Hot Topic on Part-time Volunteer Management Means Equally Limited Volunteer Involvement, stimulated in part by the problem of organizations reducing the staffing for their volunteer engagement efforts – with predictably poor results. It continues to ring true. I shared the true story of the hospital that wanted me to speak at their volunteer recognition luncheon without mentioning the fact the position of director of volunteer services would be ended – with no replacement plan – right after the event. The executive to whom I expressed my concern responded: "I don’t understand why you think there is a problem; clearly we have the volunteers already." (Note that there were no jobs eliminated in their HR department, clearly not applying the same logic to paid staff.)

Unfortunately, I continue to hear similar stories all the time. It’s not just abolishing the VRM position. Questionable staffing decisions that occur often include:

In all these cases, what do community volunteers think of this on-again-off-again leadership situation? Will an annual luncheon with flowery thank-you speeches really mitigate the hard feelings caused by change having been done to volunteers rather than with them?

When the Change Is at the Very Top

The hiring of new senior management often sparks the staffing changes. New executives bring their preconceived notions about the value and role of volunteers – and the usefulness of a skilled volunteer management team – to their new position, often with minimal education on the subject. The volunteer office seems an easy place to assert a change in organizational direction, with minimal consequences expected.

Perhaps the most egregious public example of this problem played out when Jesse Ventura, the wrestler, was elected governor of Minnesota in 1999. Within his first month in office, he unilaterally eliminated the nationally-respected Governor’s Office on Volunteer Services in his state as irrelevant and wasteful of public funds, sending ripple effects through the Minnesota volunteer community and beyond.

Less public executive craziness crops up all the time. Just a month ago I heard of a new exec at an agency in which volunteers deliver meals to the homebound. She declared it a “breach of confidentiality” for staff to share any personal information about the clients with the volunteers who might “not be trustworthy”! Huh? Asking volunteers to go to clients’ homes and check on their well-being while stocking their refrigerators doesn’t count as confidential service already? Why did this exec take this job and why didn’t the volunteer board members who hired her ask about her attitude toward volunteers?

Another exec axed the organization’s successful annual youth volunteer event that was held in the institution’s own conference area because the space was “needed” for events that paid a rental fee. Yet another new director changed the rules overnight to bar volunteers from free coffee in the cafeteria (again for budget concerns) – without explanation or apology. Still another exec eliminated long-standing transportation reimbursement for volunteers.

What’s maddening about all of these executive actions is the lack of respect for what volunteers and VRMs contribute to the agency, compounded by making the decisions without any consultation with the people most affected. Most often the new staffing or policy change is simply announced, leaving volunteers feeling unappreciated and powerless.

Executives who believe that volunteers are unconditional supporters, loyal to the organization no matter what, may not realize the true consequences of their decisions. Most volunteers are unlikely to voice their dismay or dissatisfaction at sudden, inexplicable changes; they will simply stop giving their time.

While everything on this site is about the profession of volunteer management, this section of the library offers materials discussing the "profession" as a profession -- issues about acceptance, education, career development, and so on. If you are looking for more information about the role of a volunteer resources manager (the functions and daily work activities), you will find all that in the other section of this A-Z library, "How-to's of Volunteer Management."